The town of Fermoselle is located in the southwest Zamorano, in the region of Sayago within the Arribes del Duero Natural Park, a natural area of ​​great tourist attraction for its scenic beauty and the various leisure opportunities it offers.

This beautiful and picturesque village has been miraculously preserved throughout the ages, which is why today it is named by the Heritage Commission as an Artistic, Historical, Cultural and Architectural Ensemble.

There are several data, very old, that are known about the population of the village of Fermoselle. Among the historical traces that mark the long passage of time are the Roman fountains, as well as Roman vestiges found in hermitages.

Fermoselle is considered a true paradise of the Duero, its natural capital and one of the favorite places for Miguel de Unamuno for recreation.

In addition to the charm of the town itself, the municipal area has really spectacular sites, due to its location in Arribes del Duero and Tormes. In its term ends the Tormes River in the Douro River, in the area known as Ambasaguas, being the other Salamanca shore, that of Villarino.

We also found the Cicutina Bridge in the Tormes, a place where swimming areas have been enabled. In the Pago de Cordero there is the legendary Cueva del Buraco del Diablo, reaching 14 meters high in some areas.

The interior of the town stands out for its ravines, narrow and steep paths. The streets slide tortuous between buildings that have kept the popular flavor, and have risen in harmony with its landscape on the granite rock, which as it is almost impossible to pierce, is incorporated into the constructions. 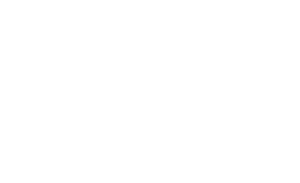